My first love is boats. If I hadn’t had kids, I probably would have got my skipper’s ticket and spent my life at sea. I don’t like politics, I like action and adventure. That’s the bit I really enjoy about setting up this project.

Riding around on dirt bikes and in bush taxis; meeting, working and living with intelligent people, some very well-educated, in conditions that we would consider pretty hardcore. That’s life for them. It shouldn’t be like that. For most people in our society, life has become so easy it’s boring. But it shouldn’t be that hard for anyone. And the thing that gets me is, it doesn’t have to be. 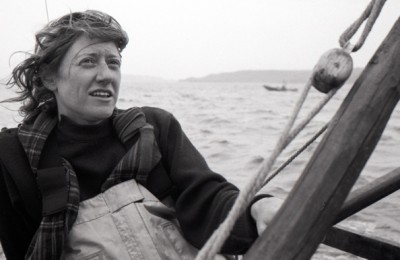 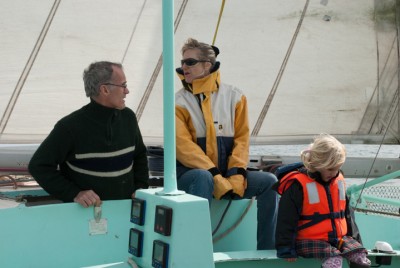 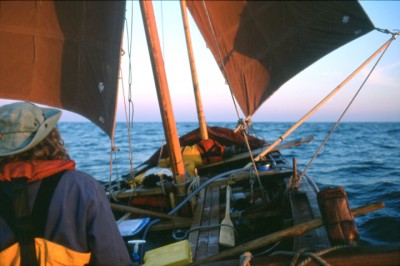 I am fortunate enough to be living quite an interesting and varied life. In my travels and meanderings I have met, seen, and experienced an extraordinary number of people and things. Moments of magic, others of extreme hardship and despair. You can say I’ve lived from the bottom to the top. I won’t say I’ve seen it all, but I’ve seen an awful lot.

Perhaps not for everyone at this point in time, but I think we’re getting there. I believe in the continual evolution of the species. I also believe there are leaders. People who carry a torch in the darkness. There are the obvious ones like Gandhi, Nelson Mandela, Mother Teresa, Martin Luther King, Wangari Muta Mathai. There have been many heroes unseen and unsung, whose actions are felt, but whose names have disappeared in the tides of time. For indeed, it does not matter who instigates the change, only that positive change occurs.

I was sitting in one of ten mini-cells in a police van, for the great crime of hanging from a 300-year-old elm tree that was about to be cut down, to speed the way of goods to market, when somebody stuffed a quote by Nelson Mandela through the window. I don’t remember the words, only the meaning:

Each one of us has the potential to change the world. And anyone of us who has that light shining bright within us has no right to hide it away, but is obliged to take action.  I know that light shines bright in me. I remember sitting by a friend’s fire late one night, tired of always being on what we called “the front line”, wanting to give it up. He said to me, “You can’t. You never will. You’ll always care.” “Oh great!” I thought. But he was right.

I’ve long since left the muck, cold, hunger, and camaraderie of the anti-nuclear, anti-road, anti-whatever-you-like, camps.

Did a bit of time in a Greenpeace boat, and came to the distinct conclusion that all this “against” seemed an ineffectual waste of energy, and decided to create something that I could be “for”! Instead of saying “don’t do that”, I could say “do this”!  At the time, I was working in the field of experimental maritime archaeology, building and sailing medieval and prehistoric boats along the west coast of Europe. The idea came to me in a moment: why not create a trading company as in the days of yore, but instead of integrating planetary disharmony by taking more then we give, subjugating indigenous cultures, destroying local ecosystems and creating economic inequality, we could do the exact opposite, set the wheel in a reverse motion. I saw it, the whole picture, as clear as if I’d done it all a hundred years before. Beautiful ecological boats, transporting fairly-traded goods that production enhances biodiversity. 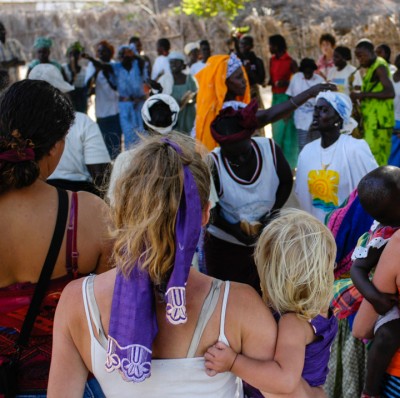 I set off to Senegal, because it’s an easy place to sail to (unfortunately, not on a boat as I had my one and three year-old daughters in tow), to find a product I could begin to commercialise. Some thing that was produced by local villagers, and would therefore enhance the economy, but was also high value in relation to displacement and could eventually be economically transported by sailing ship.  I found just such an oil, with amazing medicinal properties, and am now in the process of bringing it to market.

to stay up date